Summer is the best time to develop a garden.

The pleasantness of the weather makes semi-amateur horticulture feel like therapy.

I’ve a flock of recycled disused water butts, sawn in half and hole-punctured underneath using my most trusted tool – a bright orange Black and Decker cordless drill.

Filled with peat-free compost and seeds of various types, the containers will look more like show homes for plants rather than the discarded shells they are now.

At least that’s what I’m aiming for.

Kale, carrots, onions, fennel, and lavender. But no flowers yet.

The extremely warm summer has meant superhero speeds of growth assisted by daily watering; a lazy but joyful task that’s easy to do in this carbon-induced sunburn.

The seeds I’m worried about most are lavender. They are precious little savages, perpetually refusing to cooperate when it comes to germination.

No amount of due care and attention pleases them.

Like the recession deniers, with a little telling off, I’m hoping they come to their senses.

21% of the S&P 500 reported earnings this week and the results were mixed and a lot stronger than I’d expected.

Google – slowest revenue growth in two years yet still grew by 12% to $56 billion. Search grew 14% to $40 billion, net income was down 14%, slower down in hiring, and advertisers pulled ad spend.

Amazon – slowing revenue (7.2% v 7.3% for the first quarter) and a $2 billion loss for the quarter, revenue driven by strength in cloud computing business, inflation continues to drive up costs

We are seeing some pockets of softness here and there… but in the aggregate, we expect revenue to accelerate in the September quarter as compared to the June year over year performance

Let’s be honest. These companies are still printing money because they produce goods and services that are in demand across the globe, quite apart from the fact that they have built huge moats around their existing businesses.

In the aggregate, they have performed extremely well given the high inflationary/supply-chain chaos the global economy is in the midst of.

Along with energy, tech is doing well.

The only question mark is around Meta and Mark Zuckerberg’s ‘all-in’ stance on the metaverse, still in its infancy and feels a lot like a college dorm project on steroids.

Is it, or is it not inflation

For the overwhelming majority of Americans, it’s inflation.

Biden, Yellen, Powell, and the White House PR machine have a job to do which is to prevent panic in the markets so that the economy doesn’t go into complete freefall.

But I don’t blame them for acting the way they do and saying the things they say.

As investors, we know not to take the word of anyone seriously when it comes to their interpretation of the economy and individual stocks.

Yep, that means my word as well.

From a value perspective, we assess risk by estimating value, assessing risk, and holding onto things for long periods.

So whether you jump on the ‘it’s not a recession because it’s not broad-based’ bandwagon or not is irrelevant.

Just because it is or is not a recession doesn’t mean you need to make it the focus of how you position your portfolio.

What else happened this week

Thanks for reading the first blog from Wealth Accumulated.

See you next week.

Get the investing newsletter that makes financial markets profitable. 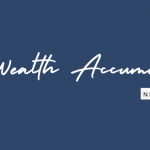 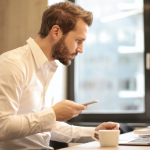 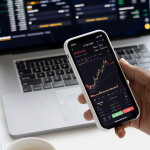 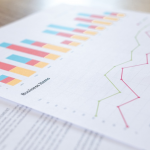 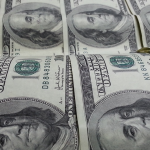